It seems like in the past few years, an issue with a crane happens every couple of months and some poor worker pays the price. On April 5th, 2017, the latest crane accident hurt a hard-working New Yorker, leaving him seriously injured. 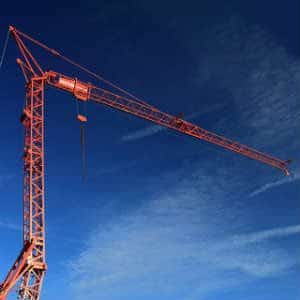 The beam fell landing directly on a construction worker below. Thankfully, it didn’t hit his head or neck, but it did land on his lower body, pinning him to the ground.

Once he was released, EMTs rushed him to the hospital. His full diagnosis has not been released but it was noted that at the very least he had broken both of his legs in several places.

Broken Legs – Not An Easy Fix

When a bone is broken, even the smallest of hairline fractures can be extremely painful, not to mention, the bone requires specialized care and long-term treatment to heal. If the patient suffers from complications, additional time and treatments will be needed, meaning additional medical expenses. Common complications include:

For even a “simple” break that only requires a cast, the cost of treatment for a broken leg can be as expensive as $17,000. When complications occur, that number skyrockets.

Workers’ Comp Should Cover The Costs

Workers’ compensation insurance should cover the cost of this employee’s medical bills. However, like so many other things in like, workers’ comp doesn’t always work the way that it should.

In fact, a large percentage of claims are denied from the get-go every year, leaving injured workers to fend for themselves. This can be shocking given the fact that this type of insurance is supposed to cover all employees, regardless of who was at fault for the accident.

When a denial is received, what is an employee supposed to do? In most cases, the best way to proceed is to contact an experienced attorney. An attorney can review the claim forms to see if a simple mistake can correct the issue, represent a worker at an appeal hearing, and handle the insurance company. In addition to this, an attorney can investigate and determine if the applicant is also eligible for other forms of compensation such as a Social Security Disability claim or personal injury lawsuit.