When Your Job Causes An Infection Will Workers’ Comp Pay?

MRSA, which stands for Methicillin-resistant Staphylococcus aureus, is a type of bacteria that is resistant to many types of antibiotics. Unless a news story pops up, the average person doesn’t think about MRSA very often and when they do, they typically associate it with people who are already ill and are in a hospital or nursing home. But the reality is that something as simple as skin to skin contact can spread the infection and workers are at risk every day. 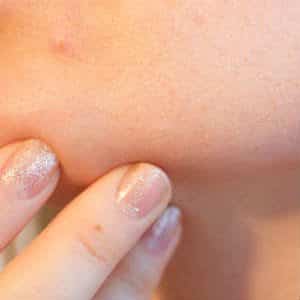 MRSA has been broken down into two groups:

MRSA can be spread not only through skin to skin contact but also through shared items that have touched the infected site.

Once the infection has been diagnosed, a doctor will have to run a test to determine which antibiotics will be effective. In some cases, the boil will need to be lanced and drained. If the employee is lucky, their infection will stay contained in the skin but sometimes, the infection goes deeper into the body and settles in the joints, bloodstream, heart, or even the lungs. Then, the infection becomes life-threatening.

Once a life-threatening infection sets in the patient may need surgery, hospitalization, IV medications, and ongoing care, not to mention time off of work. Workers Who Are Most At Risk

There are some industries where workers may be more at risk for being exposed to MRSA than others. This includes:

While these workers may be most at risk, any worker in any industry could be exposed to MRSA while on the job.

Yes. If the worker can show that they contracted the infection while at work, it should be possible to obtain workers’ compensation coverage which will pay for their medical expenses and even a portion of lost wages.

The problem is that it can be difficult to prove that the worker was infected while on the job.

Why Is It Important To Prove The Infection Was Obtained At Work?

Workers’ compensation insurance was designed to provide medical coverage for workers who became injured or ill because of an accident or exposure that occurred while they were acting within the scope of their job.

The scope of employment includes any activity that the employee is expected to do to further the business of their employer.

I Filed For Workers’ Comp But My Claim Was Denied

Denials are not uncommon. Although insurance companies are supposed to follow the no-fault rule when it comes to workers’ comp claims, they typically train their adjusters to find reasons to deny claims and save the company money. Denials occur because of: Denials can be appealed but the process is long, intricate, and often the decision won’t be overturned without the help of an attorney.

The Disability Guys Can Help

Our firm, which has been helping workers in the New York area for decades, has a team of attorneys that have dedicated their careers to making sure our clients get the compensation they need. Not only do we help with the confusing paperwork, but we also help to collect the evidence that will support the claim, contact medical experts who can testify on our client’s behalf, and fight for our client’s rights during a hearing if necessary.